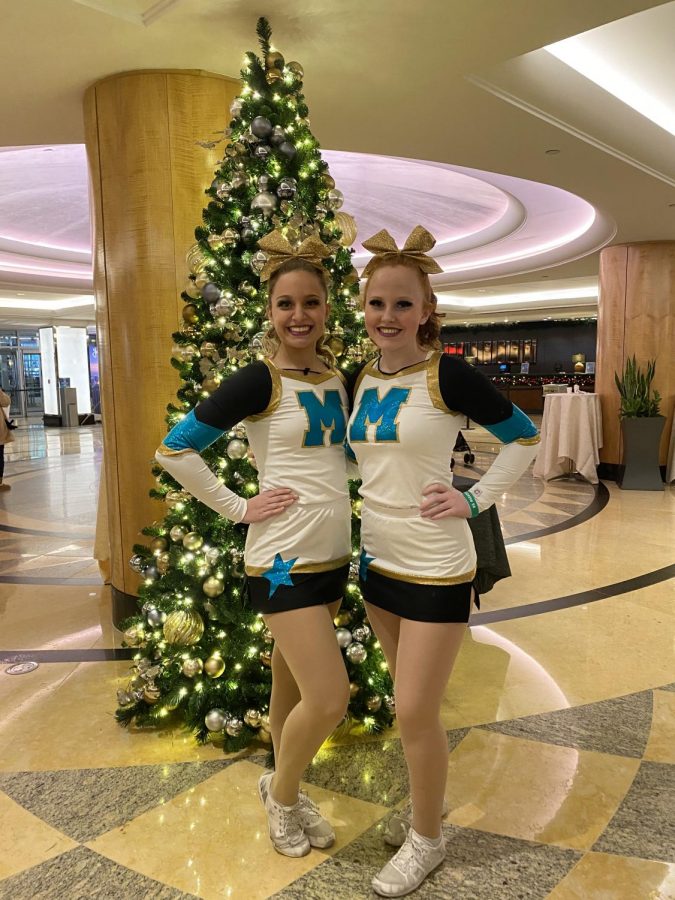 Two CM cheerleaders kicked off the holiday season by appearing in the Macy’s Thanksgiving Day Parade. Kennedy Bickmore, senior, and Jocelyn Combes, junior, marched in the parade with Legacy Cheer and Gymnastics, along with eight other area cheerleaders.

“It was an experience I’ll never forget,” Bickmore said.

“If was a once-in-a-lifetime experience,” Combes said. “It was just so cool. I cannot put it into words. It just didn’t even feel real.”

The two cheerleaders also visited the Today Show, where they were in the front row and appeared on camera.

“It was freezing that morning!” Combes said.

Combes and Bickmore also did many other tourist activities while in The Big Apple: they visited the Statue of Liberty, the Empire State Building, and 9/11 Memorial. They also went shopping on 5th Avenue and saw the Broadway show “Six.”

While the two had a fabulous time, Bickmore said she is “definitely not a city girl.”