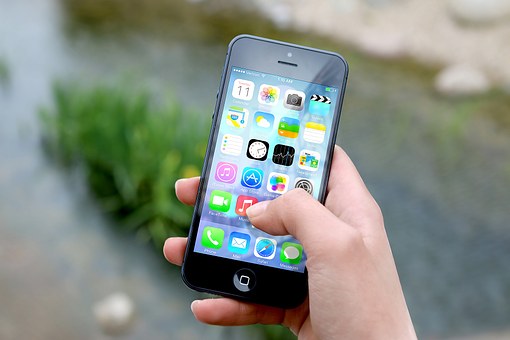 An online source Pew Research Center says that “Fully, 95% of teens have access to a smartphone, and 45% say they are online ‘almost constantly.’ ” This year, CM has cracked down on cell phones, and students are not allowed to be on their phones during class. Phones are allowed during passing periods and at lunch.
Students have never been allowed on their phones during class, but the policy was not at all strictly enforced. Administration decided to asked teachers to enforce the policy more strictly this year.
Our current cell phone policy was put in place four years ago to give students more freedom with technology that is continually becoming more prominent in our society. Prior to that time, cell phones were not to be seen at all during the school day. Our principal Justin Newell was one of the administrators who pushed for the new policy allowing students to have their phones before and after school and during lunch. They even added that students could have them during passing periods. Unfortunately, the freedoms were taken advantage of, and students were constantly on their phones, even during class.
It has been a struggle for students this year because the administration is trying its best to get the policy back in line to what it is supposed to be. Many students are still trying to get on their phones in class, but that is no longer acceptable. Many students find this unfair, but what they don’t realize is that many schools don’t even have our privileges. They are required to keep their phones in their locker or in their cars. Newell says that it is a positive thing that students can keep their phones with them and during certain times. As of now, Newell is trying his best to not have to change our policies to be like other schools that don’t even get to carry their phones with them. We have cell phone boundaries in our school, and he is trying his best to not let students cross them.
This year students can have their phones out during lunch, passing periods, and before and after school. Mr. Newell says, “We want to create consistency throughout our classrooms. If classrooms are inconsistent then it will be difficult for students to know what is acceptable in different classrooms.”
If all the classrooms have the same rules, then we won’t have as many problems, he said. When cell phones aren’t allowed in any classrooms fewer students will be on them when they are not allowed. Although some students still disregard the rules it will be easier to stop them when less and less students are on their phones all the time. Cell phones are often a distraction from learning because students are more worried about what is on their social media rather than being worried about their school work. With these rules in place students can focus more on their classes.
Although these rules are in place to keep our learning environments consistent and easier to learn in, many students are still unhappy with them. While some disagree, others felt that it is a good change.
Freshman Jessica Schillinger said, “I think it is good. I agree with it. Kids should not be able to have their phones out in class but also, I think a lot of people don’t obey it enough. It is also big difference from Trimpe because we couldn’t have our phones out even during passing period or lunch. So, I like it.”
Another freshman Griffin Crump agreed. “I feel like it’s perfect and fair the way it is.”
Some students find parts of the policy unfair, but they deal with it. Junior Elliot Dearduff said, “I think that you can get a referral for simply having your phone out in class is way too harsh. Other than that, I’ve adapted pretty well to the policy.”
Sophomore Mandy Drew said, “It’s kind of nice because students are paying attention better and aren’t constantly checking their phones. But it sucks that we can’t use them to listen to music.
Senior Brandon Yates agrees said the new policy makes it difficult for him to listen to music. “I like to listen to music, and since the laptops wouldn’t be able to handle the most basic music site if it were unblocked, I’d have to use my phone.”